Some people are afraid of the sounds coming out of their beloved Vitamix machines because they are afraid they will damage the machine. This will put your mind at ease, because you will learn what causes the sounds, and what they mean.

The “scary sounds” happen when the machine is on high.

There are basically 3 sounds a Vitamix makes while on High:

The Loud Sound
Everyone wishes that the Vitamix wasn’t so loud on high, but that is what you get with a 2HP+ workhorse of a machine. (Tractors are always going to be louder than weed-eaters)! 🙂

When blending something that is relatively liquid (like a smoothie with not too much frozen ingredients, a nut milk, or a hot soup), the sound on high is loud, but “normal”. No one worries that this sound is going to damage their machine, so I’m only going to focus the “high pitched whine”, and the “low growl”.

The “High Pitched Whine”
The high pitched whine means the motor is doing little to no work, and the cooling fan is at full capacity.

This high pitched whining sound happens when an air pocket is formed, and the blades are spinning freely inside the a bubble of air with no resistance. Although it is loud (and to some a very scary sound) it is actually good for the motor! The blades have no resistance, so the motor is not straining at all. When the machine is on high, but the blades are spinning in air, the fan gets a chance to do its job to cool the motor!

This happens most often when making something thick like nut butters, ice cream, thick batters, and things like hummus. The thick texture makes it easy to maintain the air pocket over the blades. When a thick mixture forms an air bubble, only the tamper can pop it. If you don’t pop the air pocket with the tamper, the high pitched whine will continue.

An important thing to remember about this air pocket, and the high pitched whining sound, is that when the machine is on High, there is no resistance to the blades, therefore the fan cooling the motor is working at its best! In fact, I’m pretty sure that the motor can be cooled off faster by allowing the machine to run on high with no resistance, than by simply turning the machine off. Although the high pitched whine is loud and scary, it is happening when the machine has nothing to blend, and it is best for the motor!

This means that if you are making something thick (like nut butters, ice creams, hummus, protein bars, brownie batter, Larabars, date paste, etc.), and you fear that the motor is overheating, purposely allow an air pocket to form, and even though the sound is loud and high pitched, let it run like that for a bit, and it will cool off the motor!

The “Low Growl”
The low growl means the motor is working hard, and the cooling fan is not at full capacity.

The low growl happens when the air pocket is popped by the shove of the tamper, and the blades “grip” a thick concoction (like the ones listed above). That is when the motor is really working hard (and heating up). There is nothing wrong with the low growl as long as it doesn’t continue for too long without any breaks. The low growl is when the blending is happening.

You want the blending to happen, but it is good to create a balance between the low growl, and the high pitched whine. For many recipes this happens naturally, because every time you shove the tamper into the mix you get the low growl for a few seconds, then when you pull the tamper up you get the high pitched whine. Nut butters and ice creams are like this. In the beginning there is a lot of tamping before the mixture gets blended enough that it will flow freely through the blades on its own. Each shove of the tamper should cause a low growl (a little bit of blending) followed by a high pitched whine (an air pocket), and this happens over, and over, and over. This creates a natural balance between heating and cooling.

If you are making something thick, using the tamper a lot, are tamping quickly, and are doing this for a long time, the motor might not get a chance to cool off. Sometimes you will get a burning smell coming off of the motor when it is over heating. If the motor does overheat, your Vitamix has an “Automatic Overload Protection” feature, and it will turn itself off to protect the motor.

If the thermal heat sensor trips the Automatic Overload Protection, and your machine turns off, unplug it, and let it sit for 45 minutes to cool off. Once it has sufficiently cooled, it will come on again. Or, if you are like me (impatient) you can use a hair dryer (on the cool setting) to cool off the motor. Blow the cool air into the air vent. The air vent is on the back of the next generation machines, and on the bottom of the standard models. I’ve also heard that someone (who might be me) has put her Vitamix motor base in the refrigerator to cool it off quickly!

Real Life Example…
When I make nut butters (which can be VERY thick, and hard for the motor – especially almond butter) I get the low growling sound when the tamper is pushing the mix into the blades. If I tamp over and over (like you must to get the nut butter to form), I will get a growling sound with each plunge of the tamper, and a high pitched whine every time I pull the tamper up (because air pockets form almost instantly when you are making nut butters). If I’ve tamped repeatedly, and I can tell that the motor has been working hard for a long time, I will give the motor a chance to cool off. To cool the motor, I simply leave the tamper out of the mix for a bit (letting the Vitamix make that high-pitched whine for a while), then I begin the tamping process again. I hope this makes sense.

Important Information on How to Prevent Tripping the Thermal Heat Sensor
Whenever you are making something thick like nut butters, ice creams, and hummus, be sure not to exceed the recommend amount. Don’t double or add to the Vitamix Hummus Recipe (don’t make much more than 4 cups of hummus at one time). Don’t try to make ice cream in a 64 oz. tall vitamix container in a batch bigger than 4 cups.

NEVER use the lower variable speeds for any recipe that is thick, or causes resistance to the blades. If you really want to use the lower variable speeds on something thick, only blend on the slower speeds for a few seconds at a time.  The machine is designed to run on High any time there is a thick recipe that creates significant resistance to the blades.

If you have tripped the thermal heat sensor, you have most likely either: 1) used a lower variable speed on a recipe that is thick, or 2) used High, but your thick recipe had too much volume. On on average very thick recipes like hummus, nut butter, and ice cream should not exceed the 4 cup line. There are always exceptions when you might be able to get away with a bit more, but if you over heat the motor, and you were making something thick with more volume than 4 cups, that might have been your problem! Another exception to the 4 cup rule would be something REALLY thick like a Larabar recipe. If you attempt to make something like Larabars (or a thick date paste), you will need to make even less than 4 cups to prevent tripping the thermal heat sensor.

Was this article helpful? Do you have any questions about the sounds coming out of your Vitamix machine?

57 thoughts on “Sounds the Vitamix Makes and What They Mean”

Welcome to the Blender Lady + Blender Geek Blog! We bring our past expertise as Vitamix sales demonstrators to help you use your Vitamix to its fullest potential. If you don't have a Vitamix, click here to choose the best model for your needs and budget! 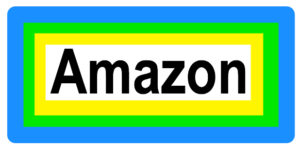 I appreciate everyone who takes the time and effort to go through my affiliate link when shopping on Amazon. 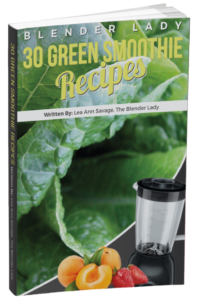 Get This Ebook Now!